What has been going on? 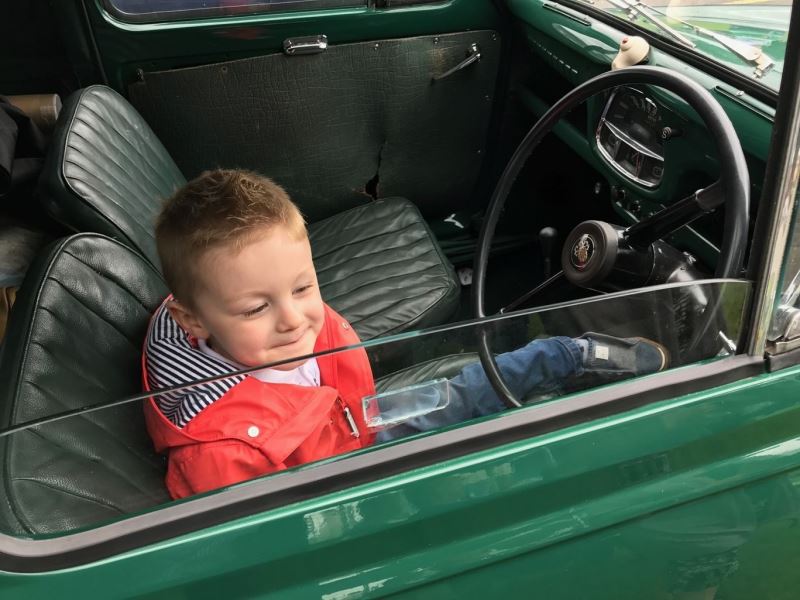 The 400 Zagato of David Pridden was a restoration triumph considering the dire condition from which it started only a few years ago when it appeared at auction in the South West.  I understand it only took two years to bring it to the stunning condition that saw it carry off the class win.  Really good to see David out and about with his beautiful car.

Nice to see the highly modified 403 of Brian Taylor back again after several years absence.  The car is an awesome beast and the supercharger makes it an entertaining drive.  During the development we had an issue with it jumping out of 3rd gear on a long, steady uphill section of the test route.  Despite rebuilding the BWCR gearbox twice, it still jumped out of gear.  A Volvo Amazon box cured the issue but I am convinced the additional power was flexing the Bristol gear case – a problem experienced with the Le Mans 450s in the early days.

Andrew Mitchell’s magnificent Special was another supercharged car taking a class win.  Not without challenges, Andrew has recently reduced the boost pressure to 6psi.  He reports whilst this has hardly affected performance it has noticeably improved the driving experience, making the car less “edgy” and also allowed him to cancel his monthly subscription to “Head Gaskets R Us”. 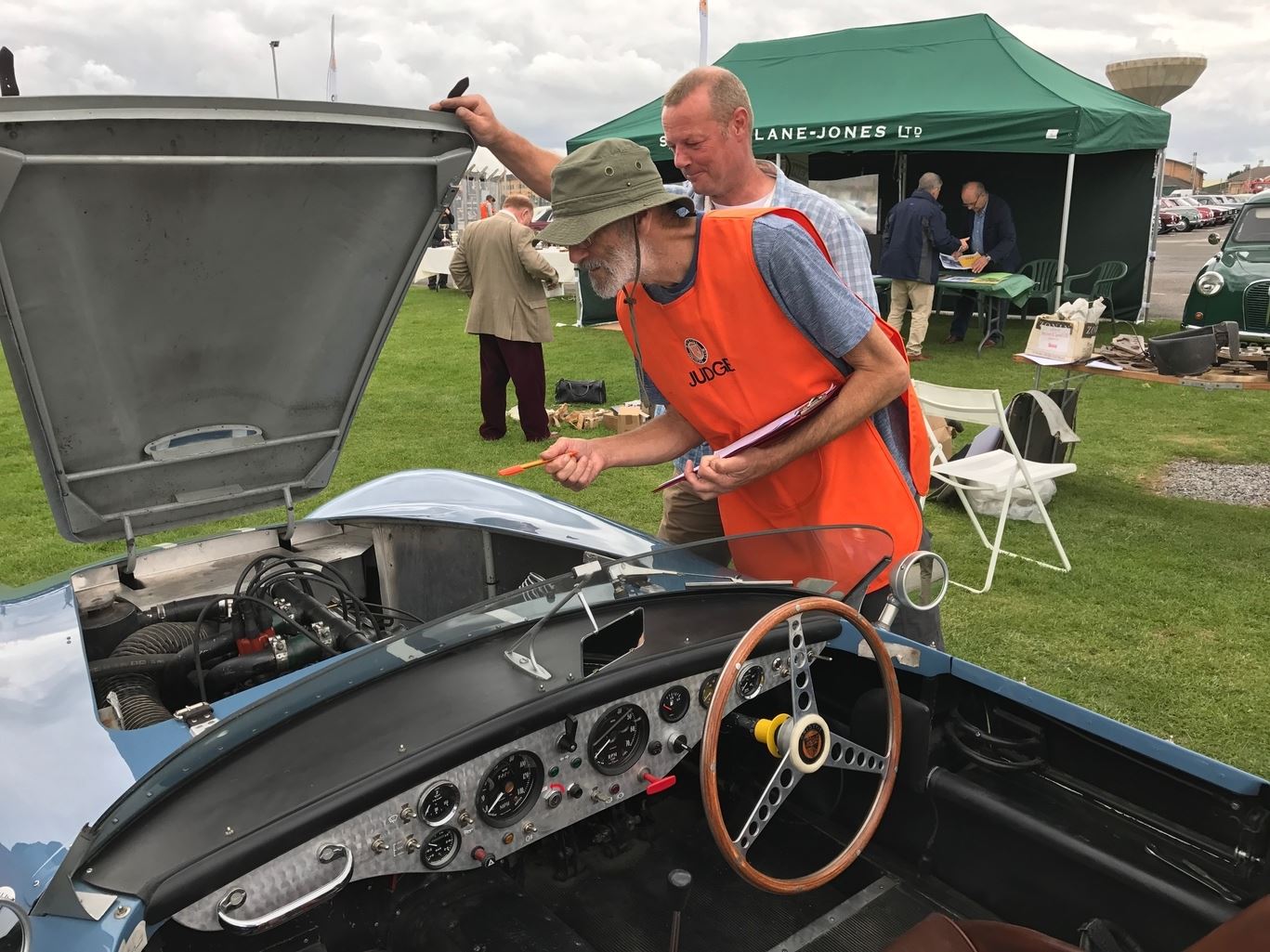 Alongside the Mitchell Special and at a Club event for the first time was Christopher Balfour’s V8 406.  No one knows the 406 like Christopher and when he originally announced his outline plan for the car, there was a concern we might create a monster.  Not so: indeed the opposite appears to be the case and by concentrating on dealing with noise, vibration and harshness (NVH) throughout the development and build, the result is a smooth, powerful long distance tourer.  An article on the build of this car will follow in due course. 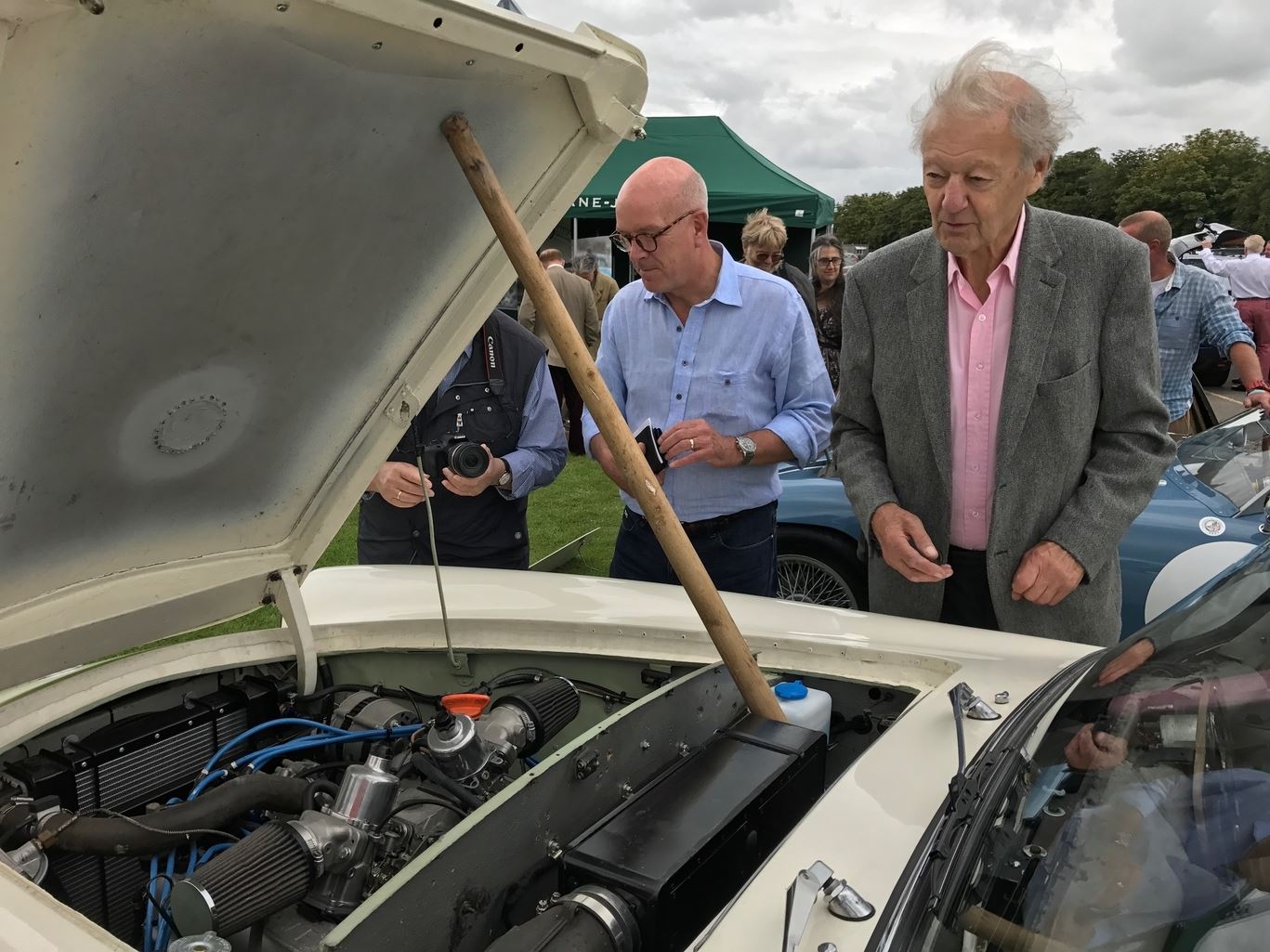 Not one but two Fighters on site.  I took the opportunity subsequently to drive the dark blue car.  I had expected to struggle a bit but not so.  It’s remarkably smooth and dare I say, easy to drive sensibly.  Of course it has a hard edge as you begin to explore the very significant performance available with the Viper V10 engine but to find out, you really should not be on a UK public road.  A long Continental tour should see it in its element; perhaps with any luggage sent on ahead? 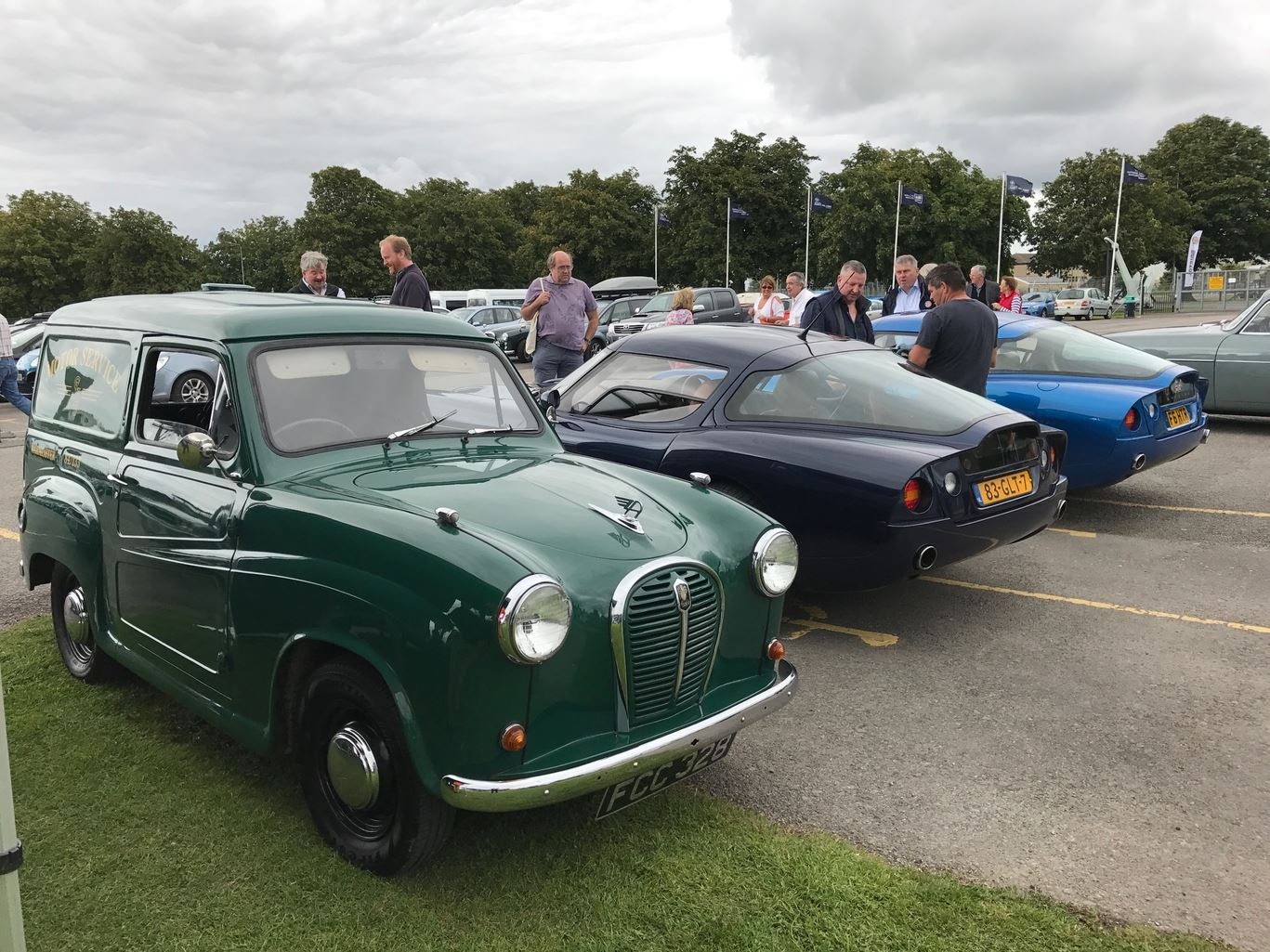 Maybe two Fighters but only one Austin A35 van.  Brought along by the SL-J team and laden with stores it always promotes fond, nostalgic memories as this type of vehicle featured in so many peoples’ lives.  Stand fast all the beautiful Bristols, young Toby was totally sold on the Austin and his Dad tells me he just had to re-watch Wallace and Grommit immediately on return from the Concours. 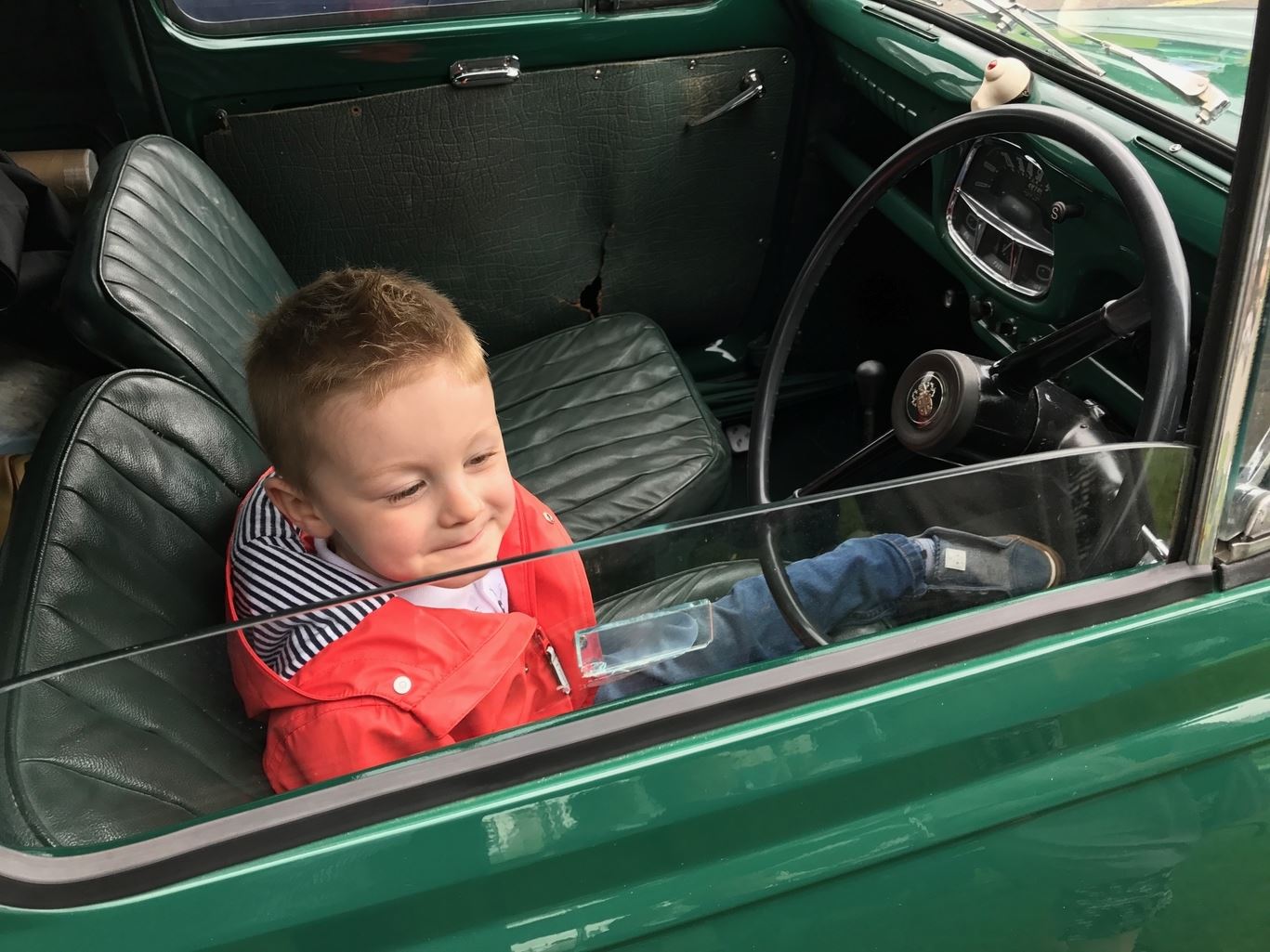