Over 30 years' experience of working with a wide variety of thoroughbred cars counts for a great deal. The team involved has always worked to the highest standards and whilst the Bristol marque will always remain a specialty, the fundamentals apply to virtually all other makes.

From the outset of any work the owner can be involved to a high degree. There is regular verbal and electronic dialogue along with written progress reports provided throughout the project. Photographs of work undertaken accompany reports and are available to illustrate issues in order to allow the owner to make informed decisions along the way. It is also possible routinely to speak to the mechanic working on your vehicle and to visit the workshop at any time to inspect progress and discuss options.

Whilst the team consists almost exclusively of long-serving mechanics, we have recently qualified an apprentice. All have many years' experience working with thoroughbred cars and are equally competent. This expertise provides considerable resilience within the team and minimises any potential project delays. Individuals also specialise, and whether it is engine, gearbox, transmission or suspension, it is covered.

The Company operates from a modern and well-equipped workshop. Specialist tools necessary for a number of operations on Bristol and Bristol-engined cars are held as are tools for a number of other marques. Most machining operations can be conducted in-house and mechanical parts re-manufacture is undertaken routinely. 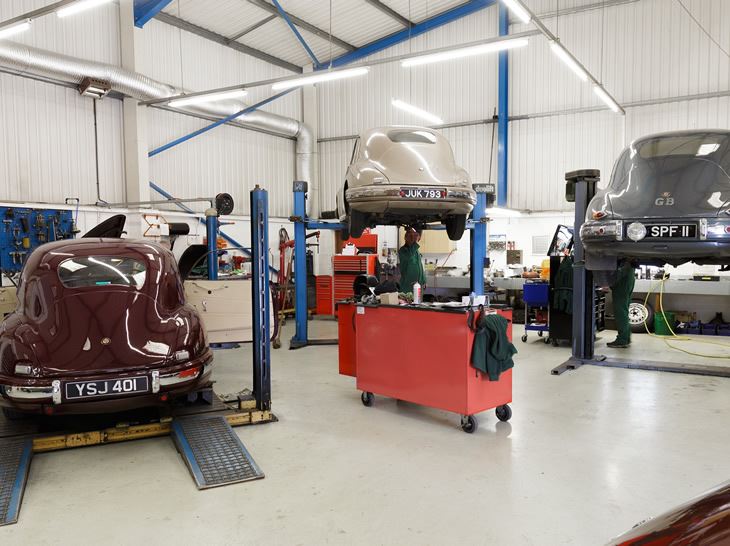 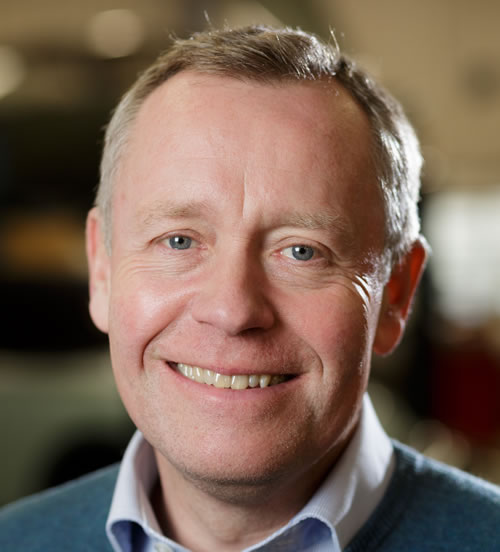 With an extensive business background and a great enthusiasm for thoroughbred cars, Miles acquired Spencer-Lane Jones Ltd in 2015, having been a customer for many years. He works closely with the team and is investing further in the business to extend its capabilities. 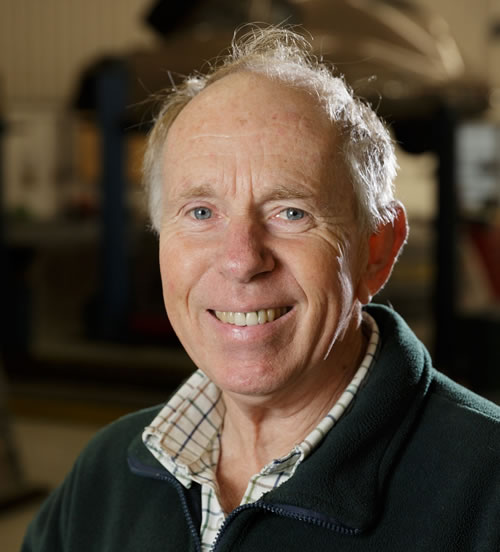 Peter joined the Spencer Lane-Jones Ltd team in 2010 and worked briefly alongside Spencer in Warminster before Spencer stepped aside. In January 2019, with a significant birthday rapidly approaching, Peter retired as Managing Director to become company Chairman, allowing Alex Mitchell to take over the day-to-day business management.  Despite the change, Peter is in the office two or three days per week.

Alex joined the firm after University.  He worked with the sales team initially and then transferred across to SLJ-Ltd. where his clear thinking and excellent IT skills have been put to good use.  He created and assumed the role of Operations Manager and now manages the firm's day to day business.  When not gainfully employed at work, he keeps himself fit playing and coaching football. 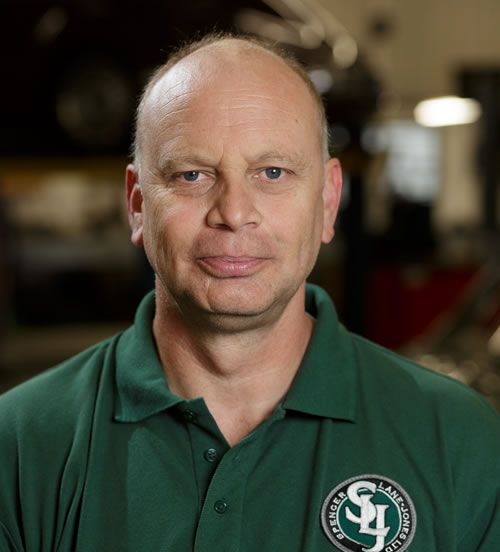 Rob first joined Spencer in 1992 and is the Workshop Foreman.  His speciality area is chassis welding and suspension and he is very good indeed, routinely achieving standards that can make the manufacturer’s work appear amateur. He thoroughly enjoyed upgrading a Bristol 411 to Series 6 specification for a customer and was the project manager on a recent Touring-bodied Bristol 401 restoration. 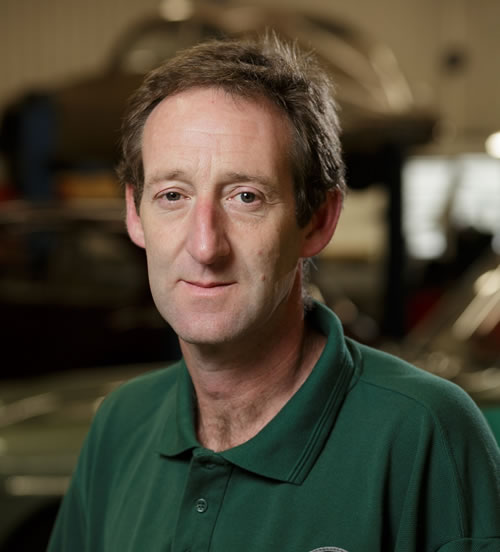 Lee is a long established and highly valued member of the team. His specialism is engine, gearbox and rear axle building. His standards are second to none and he is a master at precision machining. Having mastered technical drawing, he can design modifications to components or systems, draw them up, prototype them and produce the finished article. 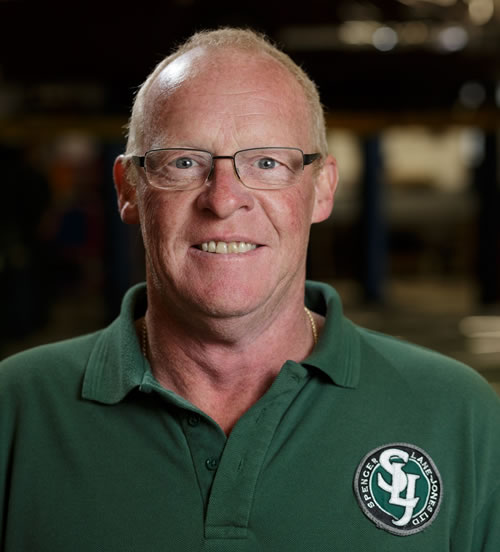 Nick has been with us since April 1997.  By virtue of his long service and encyclopaedic knowledge of thoroughbred cars generally and Bristol cars in particular, his particular forte is thinking problems through from first principles and applying logic to what seem impenetrable issues. When not at work he is an accomplished expert at trialling with his V-8 powered Series 1 short wheelbase Land Rover.

Having worked for SL-J Ltd for many years but in a joint venture with another restorer, Steve has re-joined us in Warminster after a short break else where.  Steve brings a wealth of Bristol car experience with him and is an amazingly talented welder.  Knowing us well already, his fresh views of the Workshop have already contributed helpfully to our vision for the future.

James joined the firm in April 2017.  A committed petrol head, he has already amassed a significant amount of experience on the various Bristol models as well as some of the other marques passing through the Workshop.  When not at work he is an accomplished moto-cross rider and competes nationally.  In addition he has fully converted his Honda Civic for hill climbs and sprints, also he is also a qualified chef.

The most recent addition to the team is Sam Martin.  Already a highly experienced mechanic he has recently been concentrating on the preparation and running of a variety of generally exotic racing cars.  Whilst that has its attractions, it does absorb a very significant amount of weekends.  He is looking forward to a bit of stability at SL-J Ltd.

Sean returned to SLJ Ltd. this year after a short spell away.  His specialist engine skills have allowed us to increase the size of the engineering component within the business, bringing in new machinery and offering a wider range of services for a significant range of engines.  Outside work he has a keen interest in motorsport and his daily driver is a classic 1960s Wolseley 1500.

George joined the team after having spent some time in a local garage.  He has gained a place on the nationally accredited Classic Vehicle Apprenticeship course held over three years at The Heritage Skills Academy, Bicester.   Following an old SL-J Ltd tradition of being a family business, his father Lee is our principal engine builder.  George is already an accomplished and speedy motorcycle racer.

Billy joined the firm as an apprentice after leaving school.  He has gained a place on the nationally accredited Classic Vehicle Apprenticeship course held over three years at The Heritage Skills Academy, Bicester.  In between training modules he is getting vital experience and mechanical groundwork by assisting on a wide variety of technical projects within the Workshop. 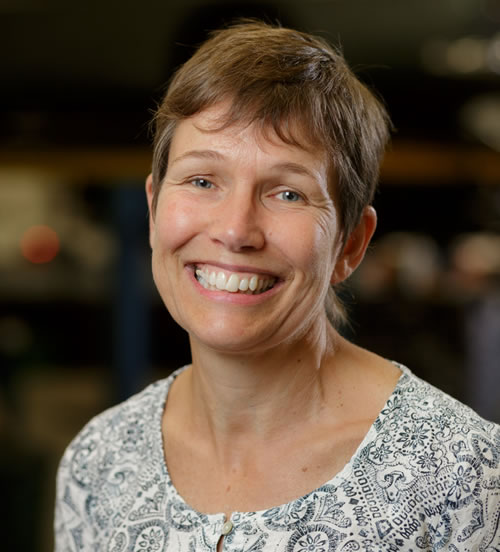 Now firmly in the chair as Company Secretary is Emma Toulson-Clarke.  She has taken over from Fiona and is already making a her mark within the Workshop.  Her professional financial training has enabled her to streamline our accounting process and structures within the firm.  When not keeping everyone up to the mark at work, she is currently coaching her daughters through their exams.

Following a recent departure, Laura joins us in the office helping to deliver the clerical and administrative functions and is currently working two days a week.  As a mother of two young children, wife of Martin an existing long-term employee, and with her father also employed here, she follows a strong family tradition at SL-J Ltd.  When not organising us at work or running the Boon household, she is a knowledgeable and highly capable gardener. 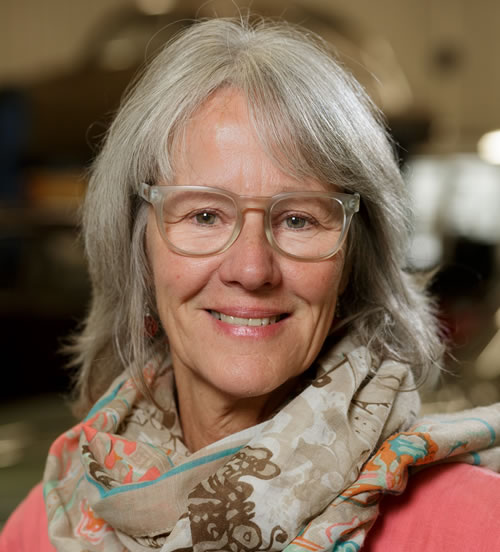 Fiona has recently retired from her main role in the Company and now looks after Marketing and Events, working from home, occasionally popping into the office. 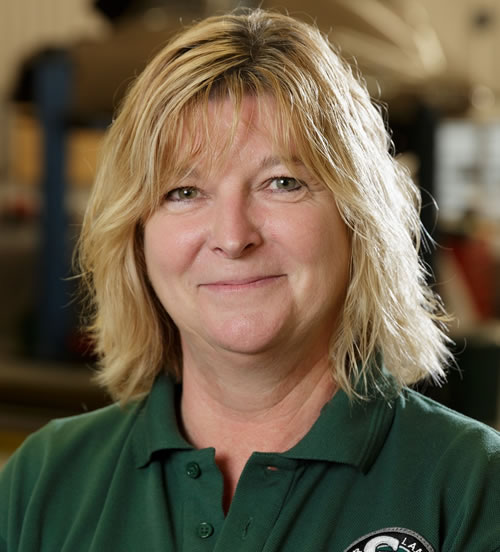 Lynn has been working with the Company since 2008. She works hard to keep the public areas clean and tidy – a demanding task with so many around her keen to make as much mess as possible.